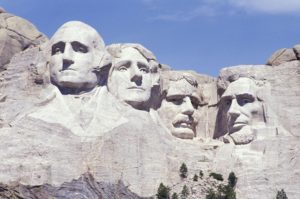 I own the Presidential Alert domain: PresidentialAlert.com. Bid now (through GoDaddy Auctions). It presently redirects to my page explaining text and voicemail blast writing services. That’s why I bought it. I write such alerts for presidents of companies. I’ve since come to learn, as has most of the United States, that Presidential Alerts also refers colloquially to the newly launched “National Wireless Emergency Alert System.” I am wholly unaffiliated with that. I have, as of yet, not written for any current or previous president of this great nation. I just happen to be a speechwriter with incredible good fortune when I picked up the domain.

It is for sale, but I’m going to need a lot of money to assuage my loss. Contact me with serious offers, explaining how you will use it. If I’m impressed, my people will contact you. Bid now (through GoDaddy Auctions).

What if it gets into the wrong hands? There are plenty of examples of domains being used by bad people.

Here are a few scenarios. Which one do you like?

Presumably the Presidential Alert domain will direct to a page at WhiteHouse.gov, or a microsite dedicated to alerts and serves our nation when emergencies happen. This is my favorite. But as a good American pulling myself up from my bootstraps, I need to be compensated. I’m not greedy. I just want to pay off my mortgage.

It redirects to his personal website eternally. Do you really want that? If the

guy offers me so much money that I have to accept, well, make American great. Again, I’m a capitalist. I have bills.

Sex trafficking is ugly. I’ll do my best to keep this from those scum, but if I put the site through a domain auction house, bad players could grab it.

A Spammer in Russia

Imagine getting email from this address. It looks innocent. It looks important. You click on a link. It leads to an awful site which steals your social security number, your bank information, and soon, your soul. Atheists and others (are there others?) who believe they have no soul should feel safe. Same domain auction house issue as above.

It could happen, couldn’t it? These people have oodles of money. Surely, the Queen and Sir Paul, as a true Brits, would love to smack back at my country having lost the war against us in the late 1700s. And Kim Jong-Un, and Vlad, “I’m Bad” Putin would surely love to swipe this. Leo? Oh yeah. He’s got plans. Ronaldo? No worries. He’s good. Arnold’s mad he can’t be president. And President Obama? He’s mad he couldn’t serve a third term.  Bieber? Seriously?

We all know the elephant in the room. We know who we don’t want owning the website. They say he’s dead. They say he’s gone. August 16, 1977, they say was the end of his life on this planet. No one is fooling anyone. He met President Nixon, and he still wants that job. Look, I’m going nowhere with this bit, so…

Planning to Speak: Plan Your Speeches for 2020